Get started on the process!

Get our forms!


See our Friendly Staff below

In this tough time you should see who you are working with and we are ready to help!

We Accept All Major Credit Cards and Cash

Is a Master Certified Bail Agent by the Professional Bail Agents of the United States. She was licensed as a bail agent in 1974 after working for several years in a bail bonds office as a secretary.  She was the youngest ever licensed female Bail Agent in the State of Florida at that time.

Linda has owned Braswell Bail Bonds in Stuart, Florida, since 1975 and has served as the President of Braswell Surety Services, Inc., since 1981. In addition, she is the exclusive Florida Managing General Agent for Baltimore, Maryland based Lexington National Insurance Corporation.

Linda has served on the PBUS board since and is the Past President Florida Surety Agents Association. In 1995, she was inducted into the Professional Bail Agents of the United State Hall of Fame. She received the distinguished honor as the 2003 PBUS Bail Agent of the Year. She served on the Florida Department of Insurance Bail Bond Blue Ribbon Panel and is a Certified Florida Pre-Licensing Instructor, Certified Florida Continuing Education Instructor, and PBUS Certified Bail Agents Program Instructor. 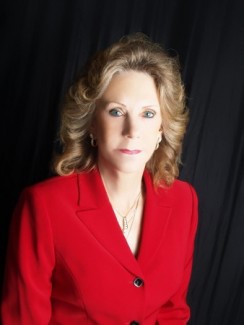